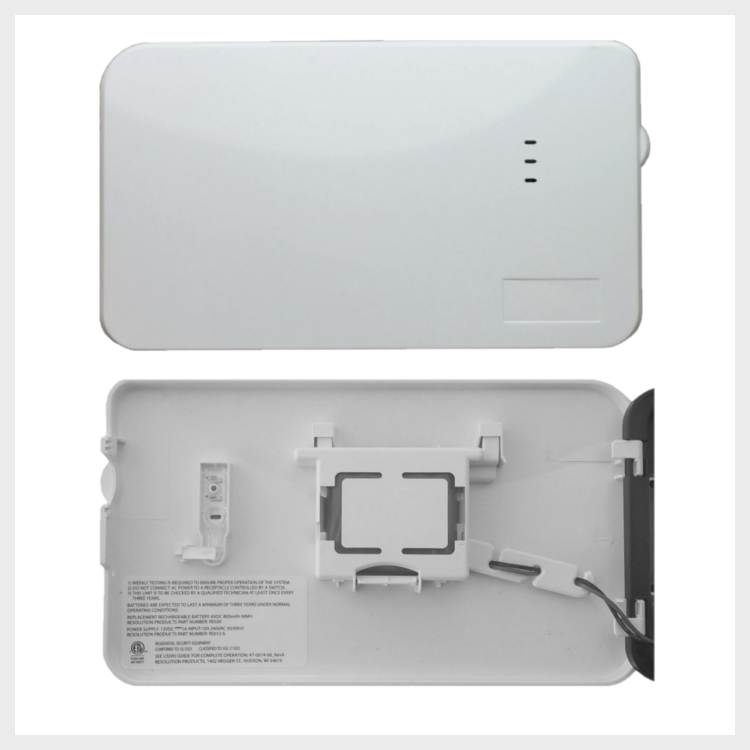 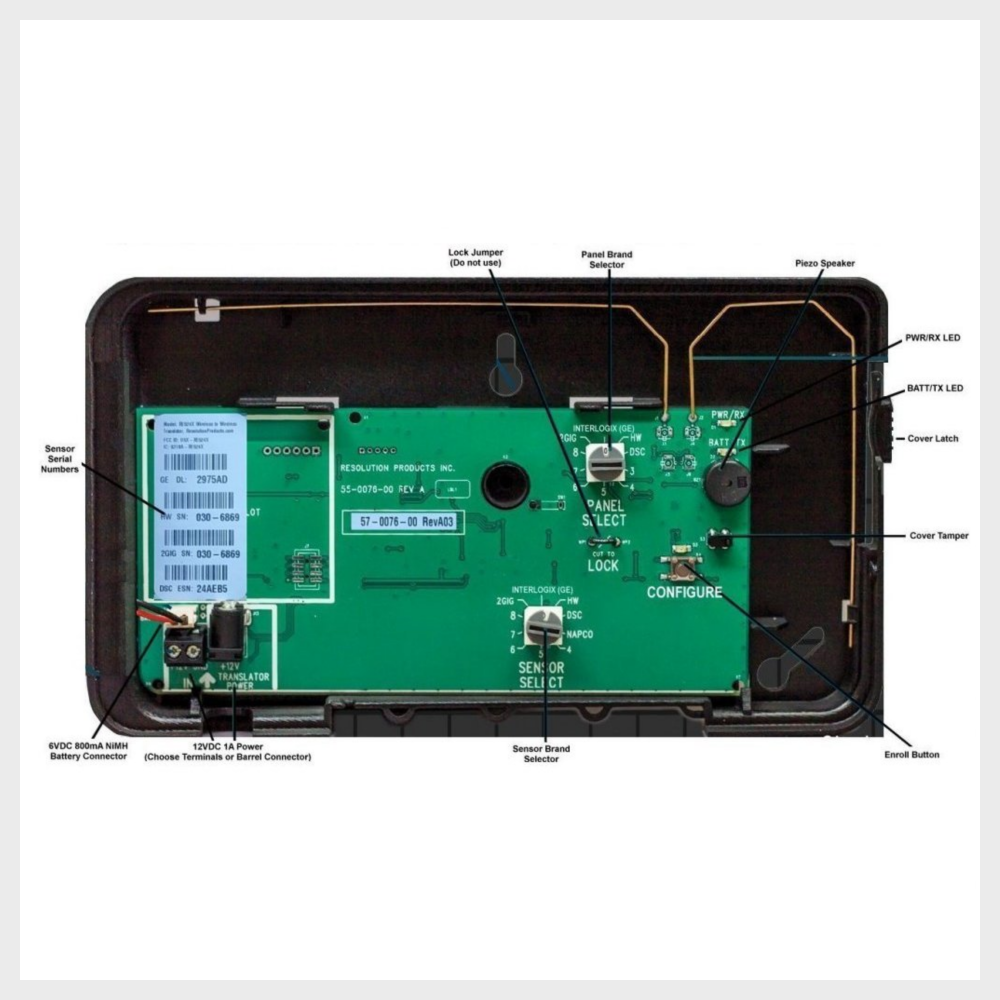 1. After selecting a suitable mounting position and location at least 5 feet from the control panel's receiver, connect the power supply to the translator using either the supplied barrel connector or flying leads.

2. Use the Panel Select knob to choose the panel with which the translator will be communicating.

3. Zone configuration is not necessary for installations with normally closed zones that don’t require tamper detection. For all other zone types, see below: